After a white Christmas with my family in northern Wisconsin, full of lots of fun in the snow…

Cross country skiing through the woods 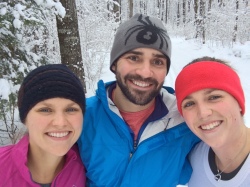 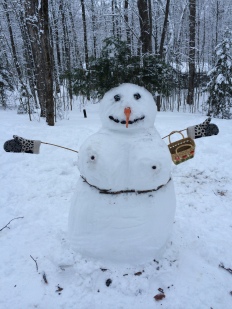 And his friend Ogla 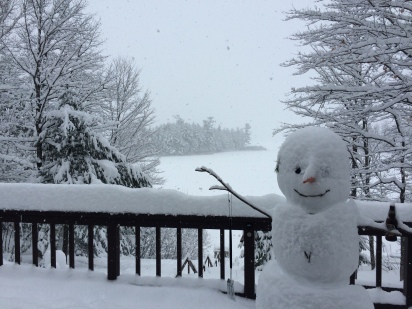 Andrew, my sister, and I flew down to New Orleans to ring in the new year. We had a blast on Bourbon Street – which I’ve never seen so packed! (Although that statement may change in a few weeks when I get to experience a little party they call Mardi Gras.)

Andrew would be upset if I failed to mention that we celebrated The Ohio State winning the Sugar Bowl January 1s…which our friend Ty claimed as “the best day of his entire life”. He’s a passionate fan… 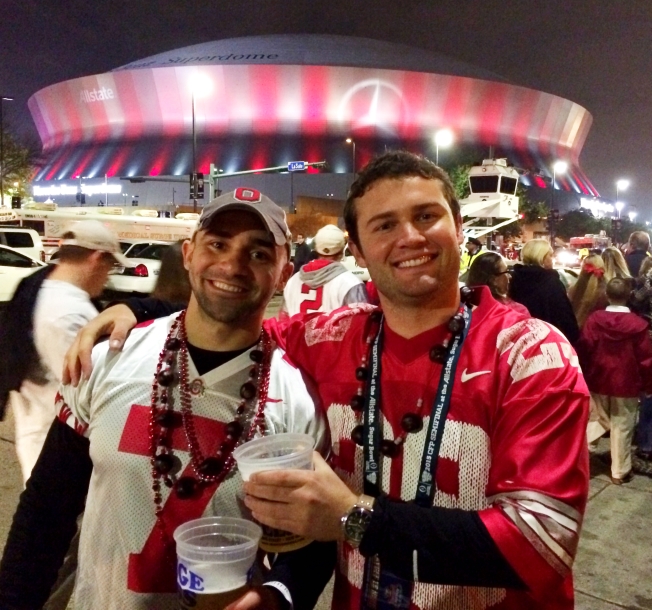 After being on the road for most of December, it was great to be home in NOLA for two weeks. I love nothing more than spending an afternoon riding my bike around the French Quarter and stopping to listen to all of the different street musicians. 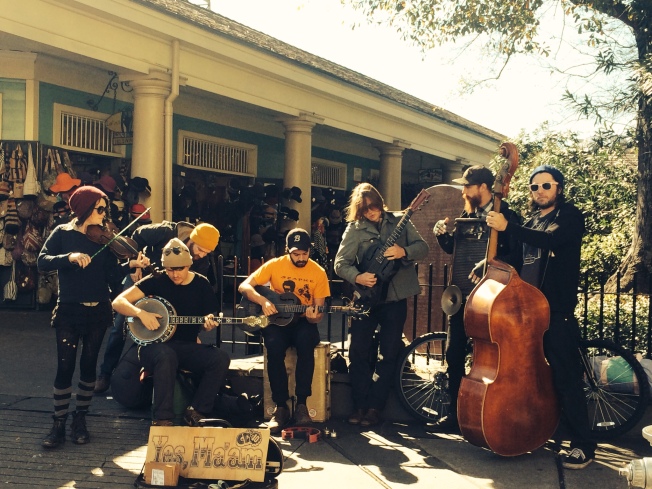 Then, I was off to visit Andrew in Toronto for a week, where I realize now that I didn’t take a single picture to share. Probably because it was too dang cold to get my phone out! This is me, severely over-dressed for the New Orleans airport, but somehow still unprepared for stepping off the plane onto the Toronto runway.

While I was up there, Andrew lost his wedding ring at the gym – I guess I should have let him get the $9.99 ring from the Wet’n’Wild Orlando water park that he wanted! 4 months ago there were three wedding rings, and now there are two…that was short-lived!

From Toronto, I went to Tampa, Florida for a few work days, then ended the month here in LA for work and stayed to spend time in my old neighborhood, Manhattan Beach, with some of my best girlfriends.

In the month of January…

Favorite movie I watched: Chef was a great feel-good kind of movie about a guy starting up a food truck

If you like that song, then here’s his other song I love – Mess Is Mine

January was a great start to the year…and can’t believe that it’s somehow February already!! Time for the month of LOVE! Here’s a cute idea for Valentine’s that I made a few years ago :)