After getting 2nd place 4 of the last 6 cocktail competitions, I finally made a first place cocktail! It was a tie for first, but still redeeming after all these years :) 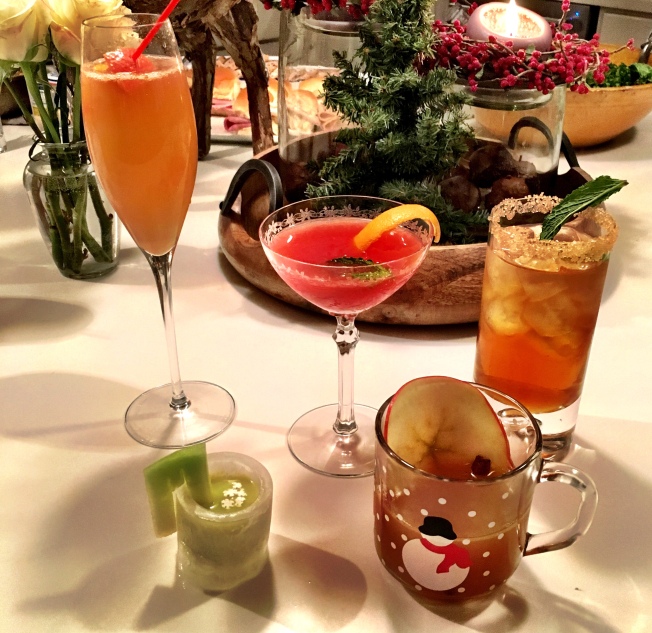 Despite 28 cocktails already in the books, our 7th annual competition somehow still brought 5 new cocktails and a few surprises… 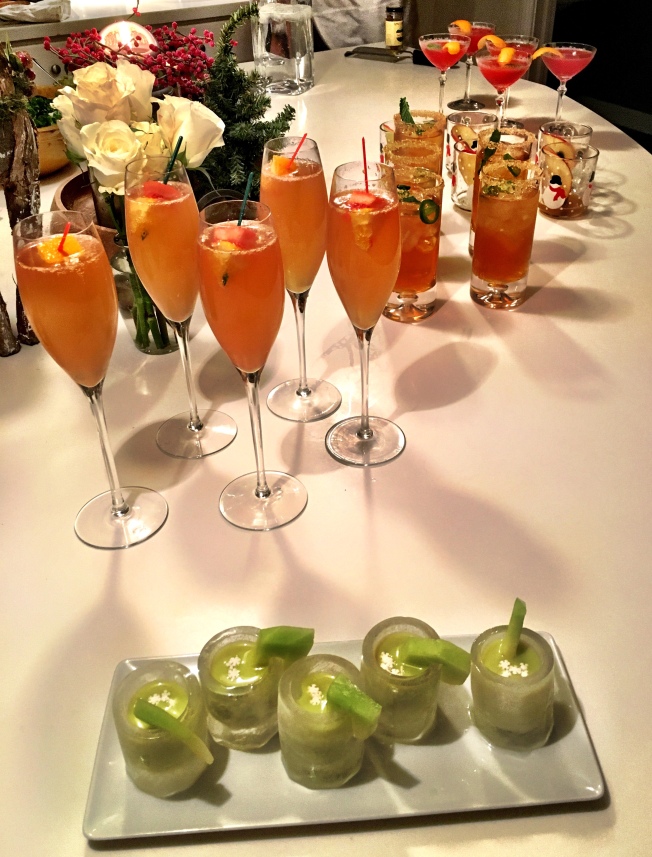 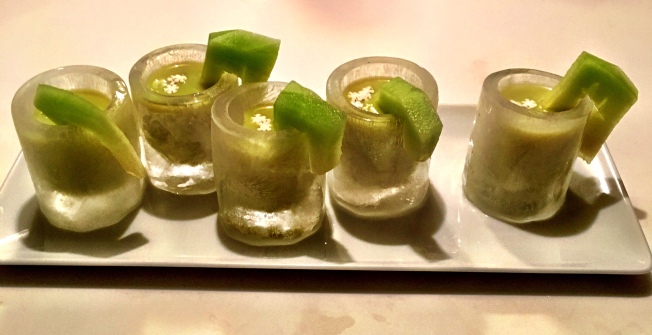 My mom had been taunting that her presentation was already selected months before she actually picked the “cocktail”. She’s the first to enter with a fully edible offering, glass included! We were all frightened when we saw Jameson, Bailey’s and Melon Liquor on the counter, but it ended up tasting good enough for a second shot. 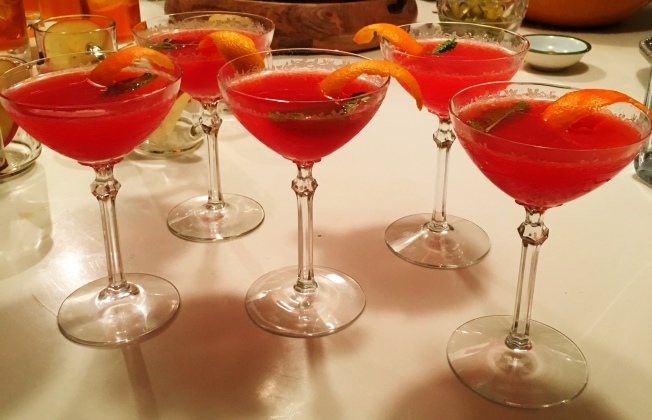 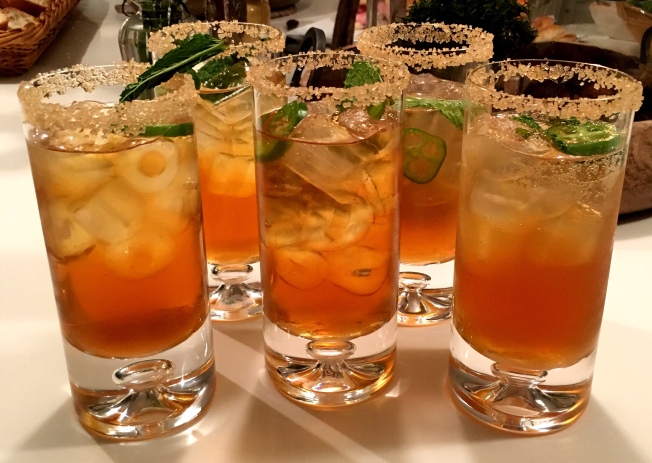 Mike played-off his recent trip to Cuba with a little rum and a little heat! 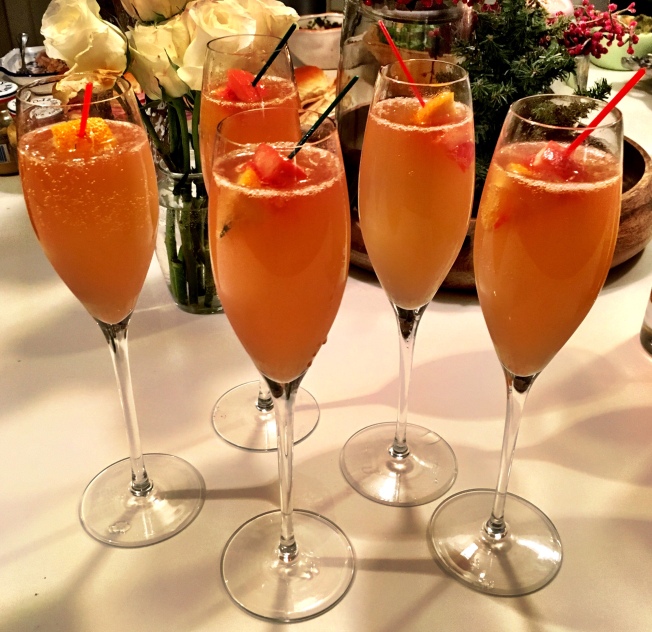 The head bartender of the The Savoy Hotel’s American Bar in London made this cocktail for the astronauts, Neil, Buzz, and Michael, when they returned from their Apollo 11 moonwalk. It’s sentimental because my family visited the American Bar this year and timely because it’s the 50th anniversary of Apollo 11’s trip to the moon. This champagne cocktail with grapefruit juice, orange liquor and rose water is considered a nod to the astronauts drink in space, Tang! 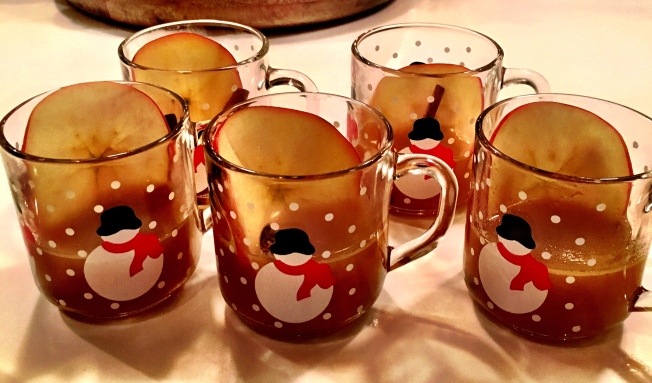 No fancy backstory or presentation, just a hot buttered bourbon and cider cocktail that will warm you right up! It’s satisfyingly savory from the butter and sweet from the cider. I’m calling it the blitz because just one sneaks up on you real fast!

The competition is always tough, especially when the bartenders dress in-theme… 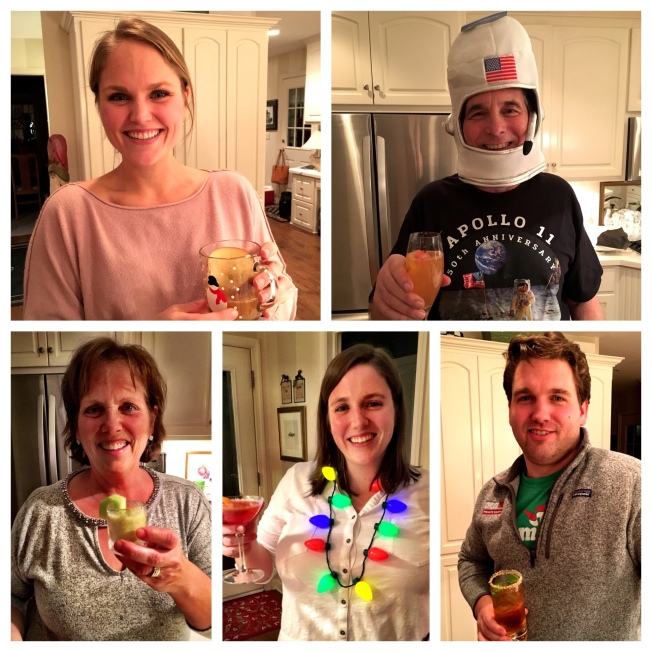 Want to warm-up with your own hot buttered bourbon and cider? Here’s my winning recipe :)

Bring cider, water, sugar and spices to a boil over medium heat. Remove from heat and let steep covered for 15 minutes.

Strain into glasses. Garnish with a cinnamon stick or apple slice and freshly grated nutmeg.