Two years ago, when I announced I would be making my Cranberry Margaritas while home for the holidays, my brother decided to also make a cocktail that same night to compete. He claimed he would make a cucumber gimlet that would beat my margarita! With that, a tradition was started. Last year, we held a rematch and everyone wanted to join in! 5 cocktails were officially entered: 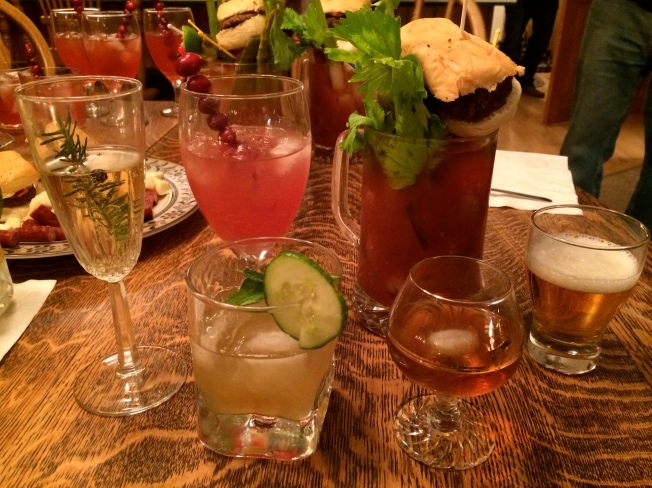 Contestants had to make enough of their drink so that everyone could taste it. With this many cocktails, the judging got a bit difficult! To kickoff the competition, each person introduced their cocktail, shared the name of it, how it was made, and any creative backstory that goes along with it.

My Dad’s “Mac Attack” had serious wow factor, named after it’s potential to cause a heart attack! This entry was a cocktail and meal in one! We all knew we were in trouble when we saw him over by the stove frying up bacon cheeseburgers to top off his already famous and highly requested Bloody Mary. 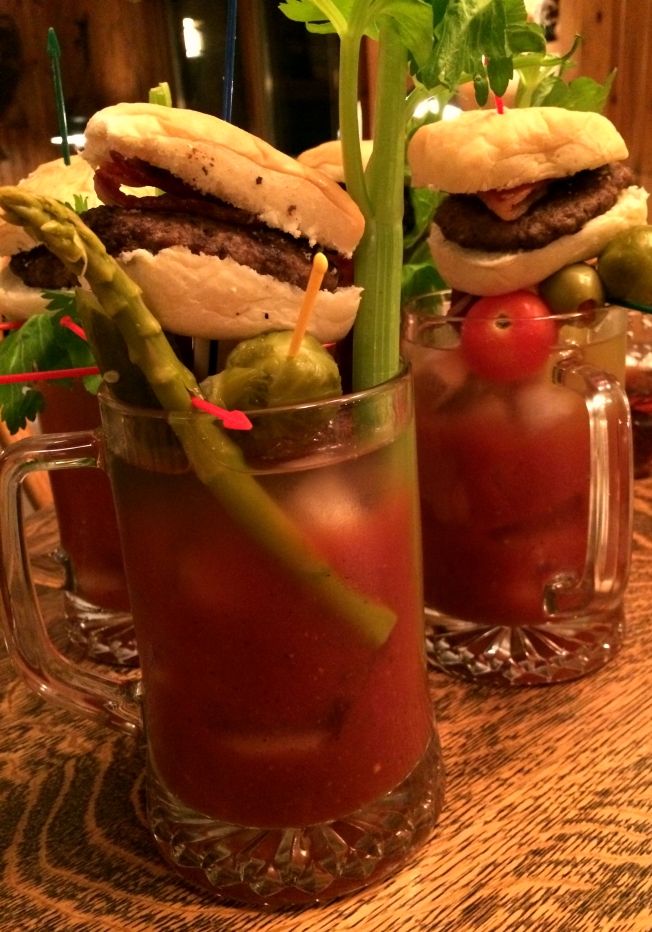 My Mom created a “Twig and Berries” champagne cocktail inspired by the Wisconsin Northwoods. She looked to the great outdoors for a twig of pine to complement the “crushed elderberries and whisper of crushed ice” floating in the champagne. 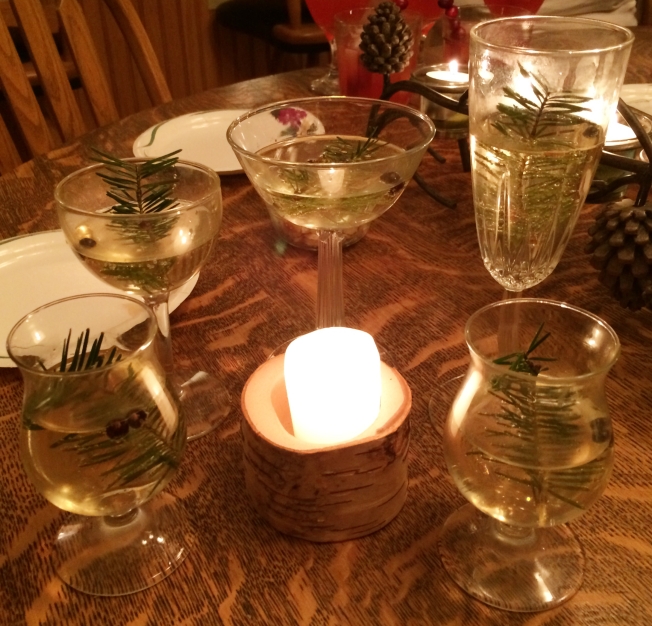 The “Kentucky Maid” was whiskey-based, muddled with lime juice, mint, cucumber, and simple syrup. This cocktail brought us back to summer and we all agreed it would be a perfect drink to sip on the dock.

“No. 25” was the strongest drink by far – whiskey based with a hint of absinth. It was a tribute to William McKinley’s favorite cocktail (our 25th president of the United States). McKinley fought in the civil war, commandeered Hawaii, and most importantly, was a BUCKEYE (like Andrew)! 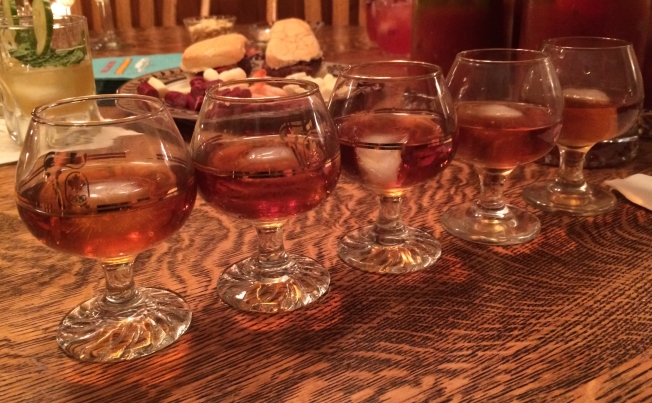 My “Mistletoe Mule” is a holiday version of my favorite Moscow Mule cocktail. I used my original recipe, but for flavoring and color, I also added 1 Tablespoon of cranberry juice and 5 dashes bitters. Plus, I stuck fresh cranberries on a stir stick for presentation points!

Believe it or not, the “Mac Attack” did not win! We all agree that our voting system didn’t work out too well because how could a Bloody Mary topped with a bacon cheeseburger, shrimp, cherry tomato, lemon wedge, sausage, cheese, asparagus, pickle, mushroom, brussels spout, and celery not take first place?? Also, “No. 25” did not win, even though it was the most requested drink post competition. The “Kentucky Maid” and “Mistletoe Mule” tied for first and then the “Kentucky Maid” won out in a championship round the next night. For the record, I still contest this – it’s a Christmas cocktail competition, after all!!

Are you thinking that your family or group of friends would have fun with this? Maybe it’s time to host your own cocktail competition! How should the winning cocktail be picked? Here is how we plan to vote this year:

The trash talking for our 3rd annual Christmas cocktail competition already started several months ago and will certainly be a topic of conversation this Thanksgiving! We are all keeping our cocktails secret, so the suspense continues for another month.

To my competitors: May the best cocktail win!

**Update: My friend Kelsey hosted her own Christmas Cocktail Competition party and it was a total hit!

She had 20 people over, so the “mixologists” that entered the competition were asked to make one drink for presentation in a normal glass and then samples in little Dixie cups for everyone to try. People voted on the chalkboard for their favorite cocktail. For the top three winners, Kelsey had cocktail related prizes such as a little bartender kit and ice molds. How cute is that?!